I met an amazing couple, Dr. Charles Trombley and his wife Gladys here in the United States. They asked me to travel with them into Africa. At that time, I thought to myself, I don’t really have a burden for Africa. I have a burden for America, and still do. Yet a few months later, and the Holy Spirit spoke to my heart to go with Mr. & Mrs. Trombley into Africa, never dreaming what the Holy Spirit would place in my heart.

Mr. Trombley and his wife, had already started an orphanage filled with over 50 children. So moved by this couple’s heart to reach these beautiful children, who had no mother’s or father’s, having died from Aids. This couple taking all they have earned for many years, planted Jesus into these children’s hearts. At that time were coming up on 73 years of age, and still going strong, traveling and building one building at a time. I am privileged to know this couple who were sent from heaven with the heartbeat of Jesus for Malawi, Africa.

After ministering at the Orphanage, and for a Pastor’s conference, I desired to minister to the people outside in the villages. What an amazing harvest, in need of Jesus. I traveled throughout Malawi, one village after another village, seeing many wonderful people, in need of the gospel message of Jesus Christ, for only He has power to change lives.

David Livingston, who once touched the heart of Africa, was a powerful missionary who gave his life to proclaim the Word of God. I saw a remnant of this man’s ministry as I traveled to remote villages deep into the bush. One day while traveling in the middle of a mountain village, an old dilapidated sign hanging on one hinge, caught my eye. I could barely make out the name, “David Livingston.” My hair stood up, I got chills up and down my arms, just thinking about this powerful man who had once walked throughout these same villages preaching the gospel. Yet, like the children of Israel in the Old Testament, many of the African people walked away from God, now this continent, Africa needs a revival again.

If you’d like to be apart of our A Touch From Above Africa Ministry, your gifts are greatly appreciated.

Support and Give Today

Over 12 million people need food aid across southern Africa, after a lack of rain. This may be hard to understand; in America we see restaurants everywhere we look, and fast food places on main corners. People line up to buy and spend money on food everyday. Teenager’s have school lunch breaks, some head for McDonald’s, Wendy’s or Taco Bell. Mom runs home from work, stops by the pizza shop, and sets pizza on the table and the family is ready to eat with big smiles on their faces.

I did not see smiling, tummy, filled kids in the villages of Africa. I saw many hungry kids, some wandering from village to village, hoping to find someone to feed them. Some kids wandered, because their mothers and fathers have died from AIDS. It’s almost hard for us to think families in Africa go to bed with no food and children wander around with no home and no family. We are not faced with those images in America. My eye would catch a glance of a young three or five year old boy or girl, with their little tummies looking as if it would explode, belly buttons protruding, is a sign of malnutrition, it was a sad sight.

AIDS is a pandemic, especially in Malawi. Some wives refuse to have an AIDS test after their husband died from AIDS, thinking they will lose hope. Others become angry and take no precaution passing the AIDS virus before they die. Superstitions and the lies from the witch doctors only make matters worse. The witch doctors tell men infected with AIDS to take a young virgin girl of 12 or 13 and sleep with her, and then they will be healed. This demonic witchcraft has not only spread the disease to thousands of young girls, but violation of forced rape has demoralized another generation of young African girls. What is the hope of Malawi?

The gospel of Jesus Christ! At A Touch From Above, we are planning to build a Bible school in Malawi, Central Africa. An old saying, “Give a man a fish, he eats for a day. Teach a man how to fish and he eats for a lifetime.” While I ministered in Malawi, people gathered, and hundreds gave their hearts to Jesus, I asked how many people had a bible? Only two people raised their hands in a crowd of thousands. I asked, how many can read? Again, only two people raised their hands. We can teach them to read the Bible and apply the Word of God to their lives. The righteousness of Christ brings blessing, prosperity, joy, freedom, wisdom and healing.

While on my trip to Malawi Africa, I met a young man named Isaac, he stood out in the crowd. I knew there was something very special about this man, named Isaac, (My name means laughter) I smiled as I saw this young man’s great big smile. I said I do know what your name means..! We worked so well together in Africa, and what a blessing he was as we ministered, we saw so many people come to Jesus, I lost all count. A year later, I brought this young man Isaac, only 25 years old to San Diego, California, for one year. He trained at the Prayer Mountain. Prayer every morning, Bible reading and learning all the basics of Christianity. He’s a powerful young man. Without him, many would have not received Jesus as I ministered in Malawi. When he came to the USA for the first time, he had to break many old traditions, superstitions and cultural barriers to renew his mind with the Word of God. 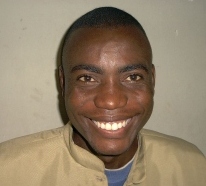 By God’s grace and your help, our work will continue in Malawi as we prepare for crusades and the building of, A Touch From Above- Mission Africa – Bible School. We will then teach thousands of men and women free of charge so they can go back to their villages and make impact for Christ. It is vital we train Malawian nationals in order to train other Africans because it breaks the cultural barrier for them to see fellow Africans rising in God’s work. If we don’t reach them and if we don’t train them we may lose Africa. Malawi has a unique need; they are one of the third poorest countries in Africa because of drought and flooding. They also have an epidemic of malaria. Very few missionaries, preachers or organizations go to Malawi. There is no fame or fortune to be won there, they need our help! 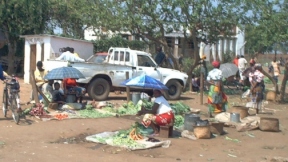 We can turn this nation around by preaching the gospel message of Jesus Christ. If you would like to help build the A Touch From Above – Mission Africa – University & Seminary, please give right now! 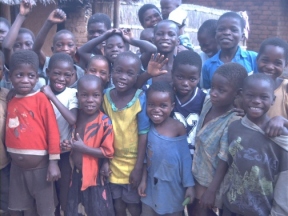 Like Noah’s Ark, God saved a people from the terrible storm that would destroy millions of people. The Gospel is like the Ark, the gospel is a place of safety! Africa needs JESUS!

For your gift of $200 I will send you one of my hand painted oil paintings of Africa, painted By Dr. Luauna Stines. Together we can accomplish a GREAT task, and reap a wonderful harvest of souls into God’s wonderful kingdom.

Support and Give Today
Scroll To Top